Composer Olli Virtaperko describes finding a title for his new work as a labored process, arrived at long after the completion of the music, and then almost by chance, spied on the spine of a book. But Usvapatsas (Sculpted mist) is a word well chosen, capturing the essence of the composition and its many ambiguities. It denotes an object at once static and constantly changing, always the same, yet never the same. The texture is elusive, richly ornamented, with tendrils writhing and seeping in all directions from semi-solid a core of harmony that grounds the structure, but feels as if it were constantly slipping from one’s grasp, refracting the shifting, chiaroscuro light of the surrounding landscape like a vast prism.

This harmonic core, while evolving in long, slow, deep breaths, is anything but still. In fact, it literally buzzes with activity. The basis of the work is the juxtaposition of two tuning systems: the equal-tempered scale of recent derivation in Western music, and the rawness of untempered partials found in the natural overtone series. (One could see this as a dialogue between civilization and wild, untamed nature.) The intersection of these two principles creates a flow of minutely differentiated tones, swelling and receding like weather systems, ranging from bright near-diatonicism to masses of thick dissonance. The untempered element is here embodied mainly in the natural harmonics of the strings and brass instruments – principally the horns – as well as a finely spun web of clarinet multiphonics. Particularly stimulating aurally are the acoustic “beats” created by the clouds of microtonally close pitches, adding a further layer of rhythmic richness to the microstructure of the work.

The music is not thematic in nature. Rather, the opening pages introduce three main textural behaviors: chords slowly forming and dissolving in the brass and winds; a current of twisting, chromatic scalar gestures in the winds and percussion; and a bright outer halo of string harmonics. These functions morph slowly throughout the ensemble, their colors seeping into other groupings over time, such that the euphonious strings of the opening are gradually “infected” with the more opaque microtonal sonorities first introduced by the brass. At their quieter end, these chordal structures are like objects half-seen in the mist. (I am reminded of the inuksuit of the Canadian north, piled stone structures used as guideposts in the spare Arctic wilderness.) At their loudest, the harmonies are visceral in their impact, ruggedly dissonant and imposing. Indeed, this contrast between craggy verticality and lush, lyrical melodic flow provides another important point of dramatic tension. The metal percussion, harp and keyboards have a significant role throughout the work, their sheen of sparkling, glinting gestures constantly defining and shaping the outer edges of the music.

The slithering chromatic lines repeatedly overrun the slower, tectonic foundation in a cascading rush, terminating in stark, stony chords, then stillness. These elemental climaxes culminate in a more protracted, violent one just past that halfway mark that necessitates an extended working-out process. In the wake of this central event, the core of sound, with its silvery patina, very gradually dissipates into a haze of vibrato-less strings – a favorite sonority in Virtaperko’s palette, one that recalls a distant cousin, the opening string harmonics of Gustav Mahler’s First Symphony. Theodor W. Adorno’s description of that music fits well here: “A thin curtain, threadbare but densely woven, it hangs from the sky like a pale grey cloud layer, similarly painful to sensitive eyes.” The final seconds bring a faint recollection of the opening, more consonant string music, like a break in the mist before an abrupt release into open space.

”Usvapatsas exhibits a polished mastery of detailed craftsmanship. Virtaperko combines all instrument groups of a large orchestra with equal temperament and just intonation into a multihued and dense fusion.”

”Olli Virtaperko’s orchestral piece is characterized by a simultaneous static and constantly changing shape. […] The theoretic-harmonic basis is advanced and his use of orchestra is highly-developed and balanced.”

”Usvapatsas exhibits a polished mastery of detailed craftsmanship. Virtaperko combines all instrument groups of a large orchestra with equal temperament and just intonation into a multihued and dense fusion.”

”Olli Virtaperko’s orchestral piece is characterized by a simultaneous static and constantly changing shape. […] The theoretic-harmonic basis is advanced and his use of orchestra is highly-developed and balanced.” 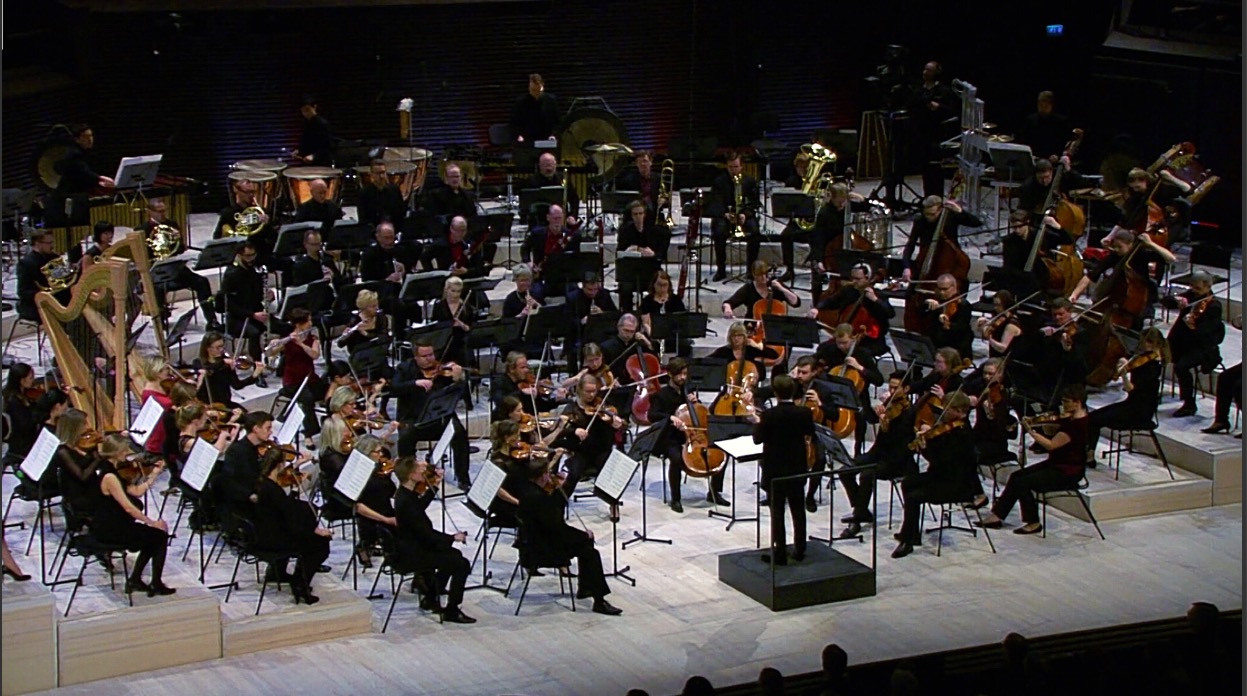 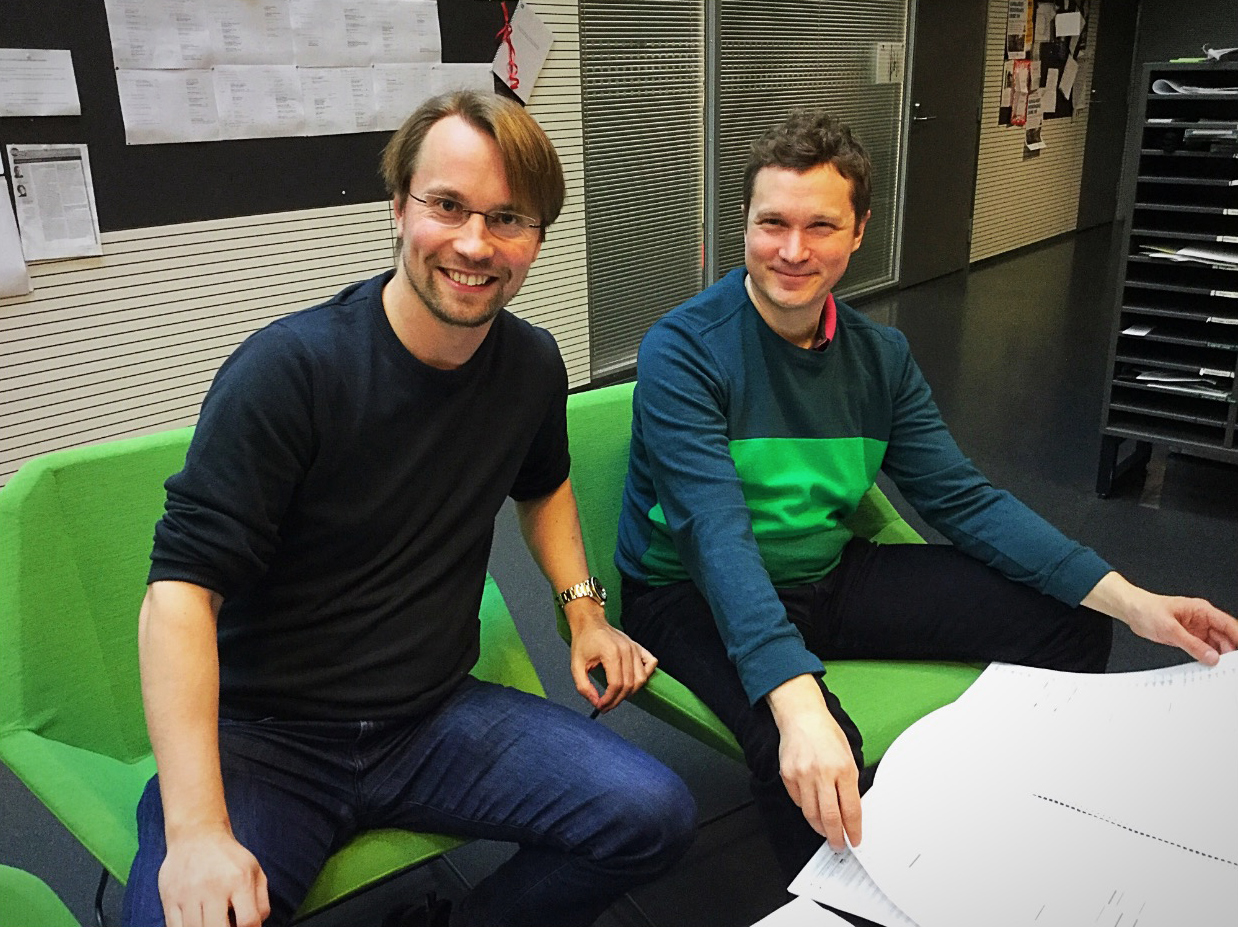