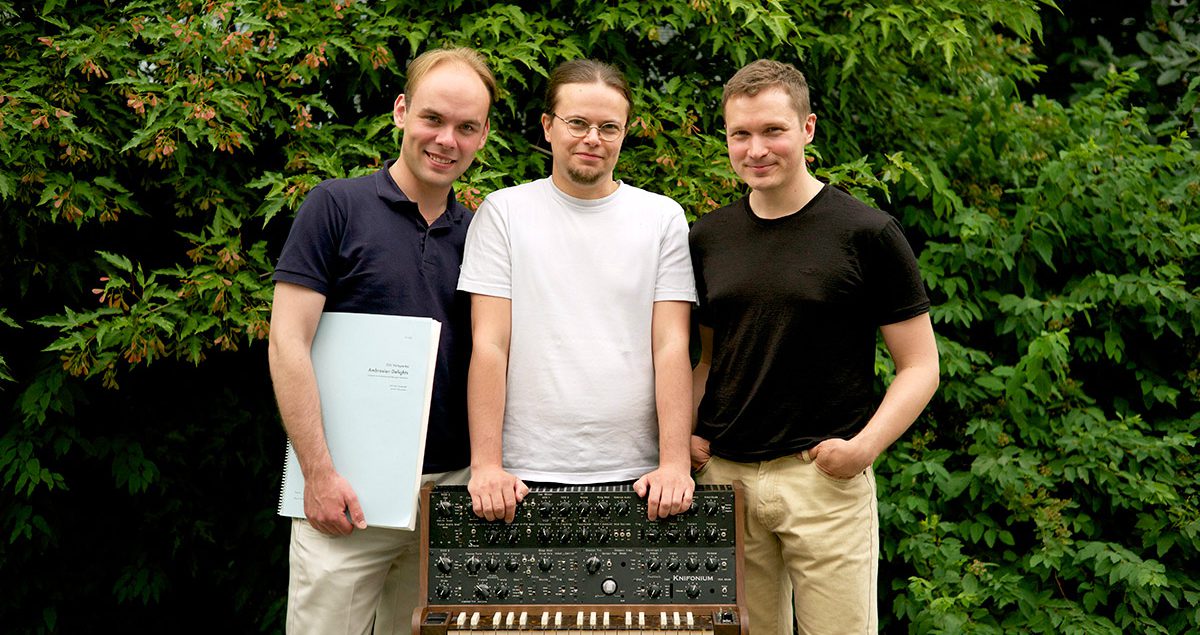 The new chamber orchestra version of Ambrosian Delights, Olli Virtaperko’s concerto for Knifonium synthesizer, will be premiered on October 21 by Jonte Knif (Knifonium) and Jyväskylä Sinfonia under Ville Matvejeff.

Originally written for Knifonium and Baroque orchestra, the new arrangement makes the concerto accessible for regular chamber orchestras. ”I have a long history of writing music for customized, unique instrumental combinations that break out from the standardized world of classical music. Consequently, I thought it was inevitable that a concerto for a 25 tube monophonic synthesizer with a 4th order ladder filter and a ring modulator accompanied by a Baroque orchestra would automatically lie in that same category. However, having discussed the solo part playability with Jonte [Knif], it become clear that the Knifonium part could easily be played with e.g. Moog or some other advanced analogue synthesizer. As the playability of the solo part turned out to be more flexible than I originally thought, I figured out that maybe the orchestral accessibility could be extended, as well. As a result, I made the new arrangement of the piece on January and I’m thrilled to see it programmed to Jyväskylä Sinfonia’s concert calendar. I’m looking very forward to an exciting performance in Jyväskylä!” (O.V. October 2015)