Three new press photos by Maarit Kytöharju were shot at EMMA – Espoo Museum of Modern Art in the autumn 2015 during the exhibition NUBBEN / LARS–GUNNAR NORDSTRÖM. The composers describes his relationship with Nordström’s art as such:

”Lars-Gunnar Nordström (1924-2014) was one of the great pioneers of the Nordic constructivism and my favourite artist. Throughout his career Nordström seek parallels between musical and and visual expression. If only people could one day be able to see colours and shapes in art in the same self-evident way as they listen to melodies and harmonies in music, he wrote in 1981.

Nordström was focused in form, shape and colour, undoubtly sharing in his own philosophy the famous statement by Stravinsky of art being essentially powerless to express anything at all, reflecting only to itself. I’m not sure if I fully agree with this idea, but in the world filled with meanings, references and attempts to express something it is relaxing and gratifying to enjoy art that does not intend to express anything – just exist as such. I found Nordström’s art so inspirational that in 2014 I decided to spend my nominal yearly fee for serving as an artistic director for The Tampere Biennale on Nordström’s serigraphies. Consequntly, some extracts from the Nordström’s series Dimensions & Extensions are now on hanging on the walls of my compact studio, providing enjoyment and inspiration. Being a Nordström aficionado I felt priviledged to be able to have the updated press photos taken in his retrospective exhibition. I want to express my gratitude to Espoo Museum of Modern Art and the photographer Maarit Kytöharju for making that possible.” (O.V. May 2016) 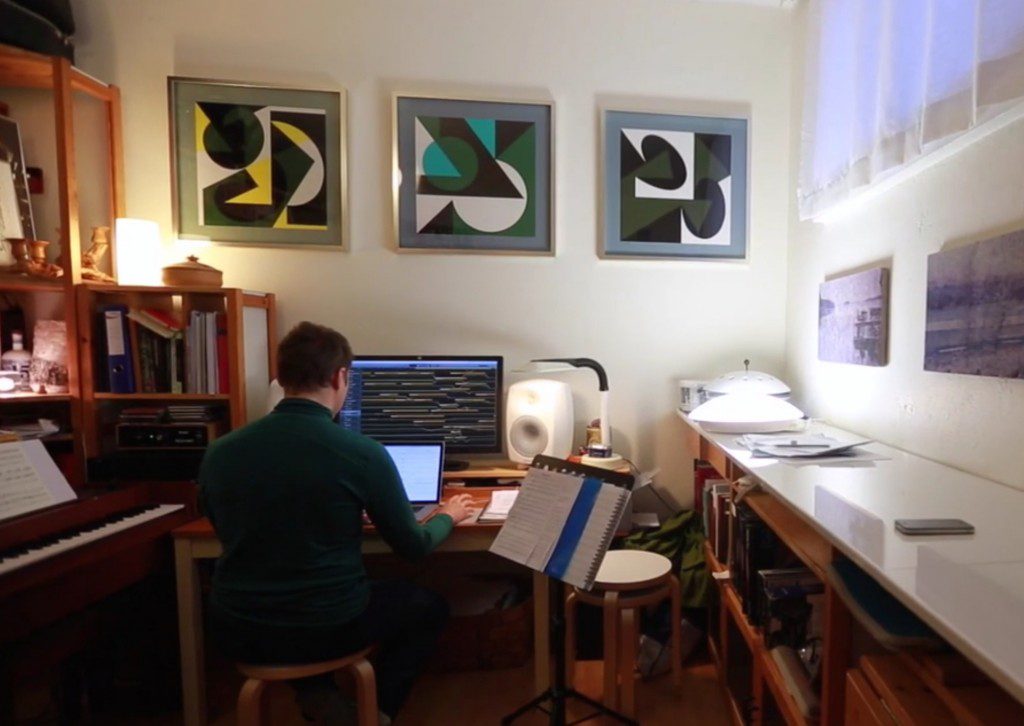