”Meren päällä ohuempaa is a three-movement work for Renaissance recoder quartet. During the compositional process I was simultaniously writing music for Yle Radio Theathre audio drama Urian kirje (Letter to Uriah). I used the Bravade recorder quartet as a performer in both projects. That resulted the two works being musically and conceptually closely connected to each other.

The audio drama focused on the desteny of a refugee ship at the Gulf of Botnia during the second world war. The different aspects of water sounds were in focus in the radio play audio track, which we worked on together with Tiina Luoma, the audio engeneer of Yle. Our long list of desired sounds included bubbles, whoosh, hiss and different kinds of wave sounds, which were reproduced with Renaissance recorders. One sound whish was enigmatically expressed as ”meren päällä ohuempaa?” (thinner above the sea?). Eventually, it gave the name and inspiration for both the third movement of the quartet and for the whole piece.

Meren päällä ohuempaa reflects my current musical interests; I focus on timbre, musical colour and their gradual evolving and changing. Several extended instrumental techniques are applied in the piece, such as different kinds of mouth noises, glissandos, labium vibrato, multiphonics and the combination of singing and playing. The use of special techniques is not a value in itself for me, but rather a result of the combination of the musical goals and the resources of the instruments and players at my disposal. In the case of Bravade and Renaissance recorders I was impressed with the candid attitude of the four musicians and their willingness of try out new things. The instruments, on the other hand, were full of possibilities with their wide range of dynamics, abundance of multiphonics and the beautifully resonating just intervals of meantone tuning.” (O.V. March 2016) 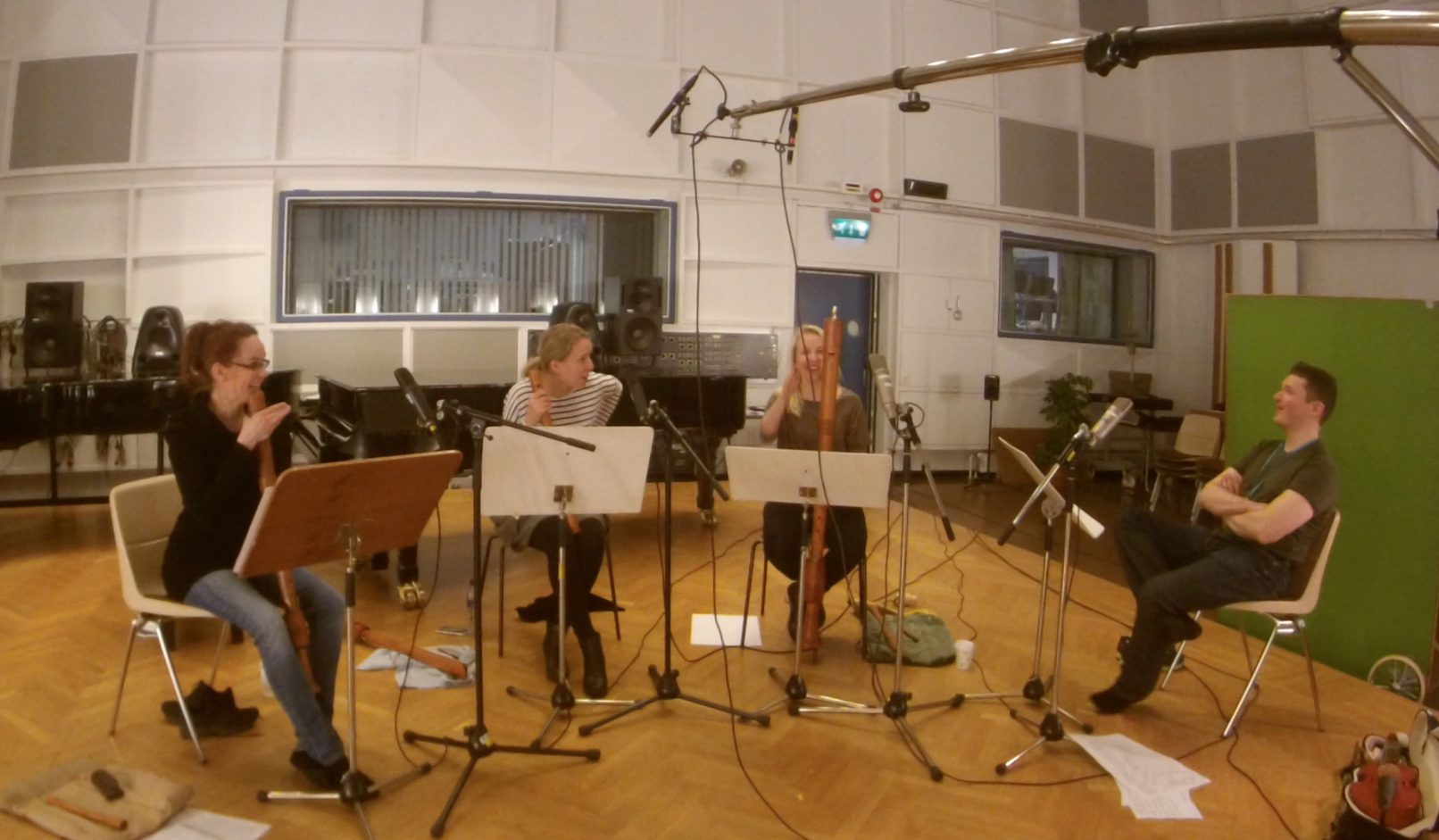