The Finnish language belongs to the languages, which were formally standardized through the Reformation-driven need to translate religious texts from Latin to vernacular. The early Finnish biblical translations laid the foundations of standard Finnish, and the translation work was accomplished by a group of scholars. The most notable of them was Mikael Agricola (1510-1557), an extraordinary linguist talent, Lutheran theologian and humanist. His tranlations include the New Testament, parts of the Old Testament and several smaller liturgical books. Among his latest works was the translation of the Psalms. Agrocola’s Daudin Psalttari (Psalter) was published on August 1551. In addition to the biblical content the book contains two prose prefaces and the epilogue, to which Agricola has added a list of pagan gods of the Häme and Karelia regions, which the inhabitants worshipped, allegedly being driven ”wild by the Devil and by sin”. Agricola lists a total nuber of twenty-four gods, twelve for each region. The gods of Häme are in the focus of Virtaperko’s work.

”Written for soprano and viol consort, Hämäläisten jumalat continues the tradition of the consort song – a genre that florished in England during the late Renaissance and early Baroque period. In addition to viols, jouhikko – a traditional Finnish 3-string bowed lyre is included to the instrumentation.

There are two parallel narrative levels in Agricola’s writing on the pagan Finnish gods in ”Daudin psalttari”. While Agricola-the-scolar dispassionately lists the gods and explains their functions in the pagan society (giving invaluable first-hand information about the pre-Christian religious history of Finland), Agricola-the-reformist vigorously attacs the pagan society for its religious habits. From Agricola’s Lutheran point of view it is evident that both popery and pagan superstition were deadly sins, which fiercely had to be fought against. Agricola certainly manages to carry his task with great style and drive.

The basic dramaturgy of the piece is built to reflect the dicotomy of Agricola’s rethorics. In the piece the actual listing of gods – as well as the descriptions of their functions – gets a rather traditional consort setting with a lot of attention being given to the polyphonic indepence individual voices. The Agricola’s commentary part deliveres a different tone. The key instrument in describing the unholy godlessness of the Häme pagans is jouhikko, while extented vocal techniques, string harmonics and slide pizzicato techniques of the treble viol reflect the mental lanscape of the devoted Lutheran and reformist.

Hämäläisten jumalat was commissioned by Avanti! for Avantin Suvisoitto 2018 (Avanti Summer Sounds Festival). It will be premiered by Tuuli Lindeberg (soprano) and the Avanti Viol Consort on the 27th of June 2018 in Pernaja church – in a municapality, where Mikael Agricola was born 508 years ago.” (OV, April 2018)

for soprano and viol consort (with jouhikko)

for soprano and viol consort (with jouhikko) 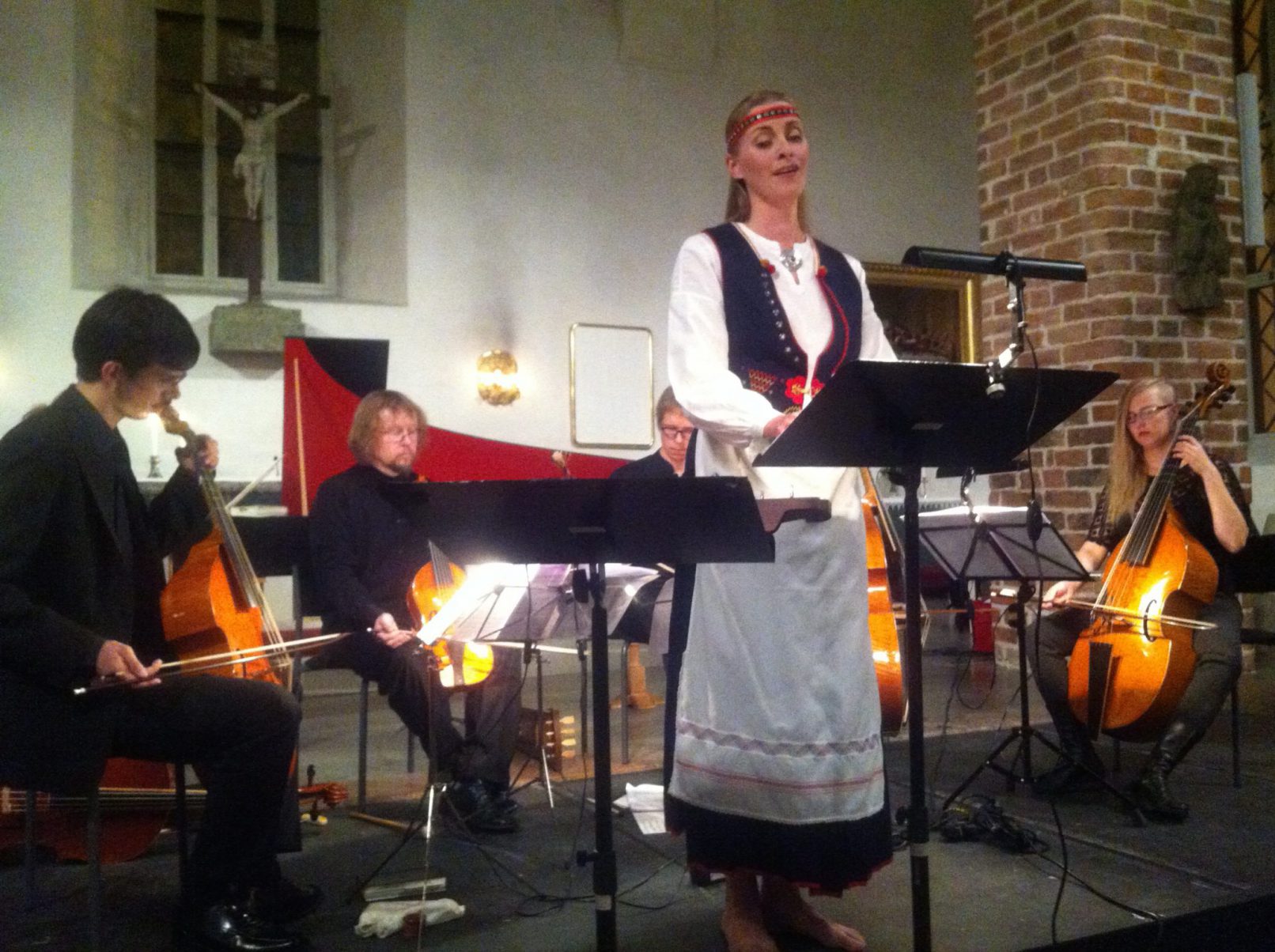